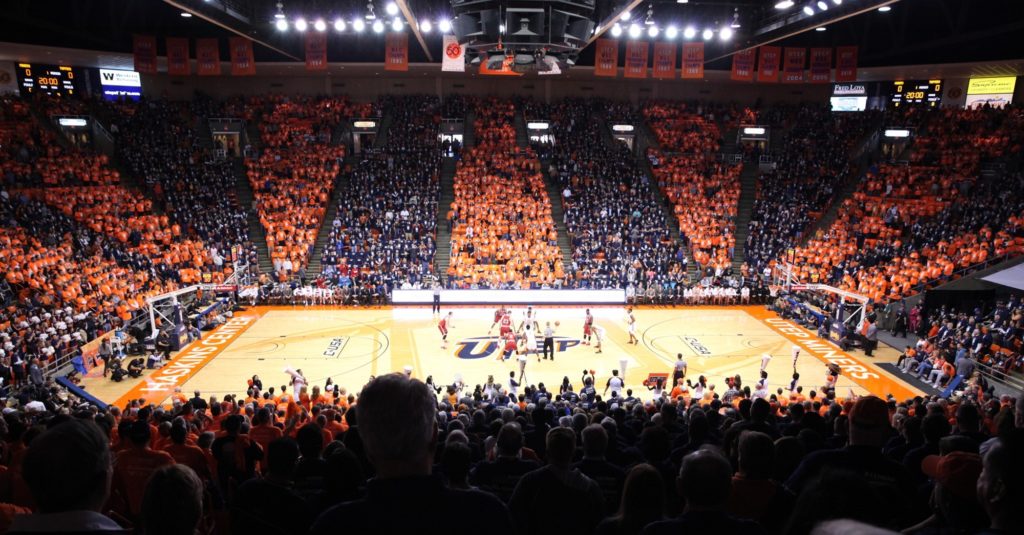 The Don Haskins Center was formerly known as the Special Events Center. It is the home of UTEP Miners men’s and women’s basketball, located in the heart of El Paso, Texas. In addition to hosting sporting events, the Don Haskins Center is also used by many area schools, such as El Paso Community College, for graduation and commencement ceremonies.

Don Haskins Center was built as the Special Events Center in 1977, replacing Memorial Gym. The center was later renamed after UTEP’s Hall of Fame coach Don Haskins (1930–2008) in 1998. Haskins is best known for starting five African-American players in the 1966 NCAA Championship game against Kentucky. He was inducted into the National Collegiate Basketball Hall of Fame in 1997 and retired from the university in 1999. The arena was the site of a milestone victory during the 1997–1998 season, as coach Haskins marked his 700th career win against SMU. The arena also hosted 1984, 1985, and 1990 Western Athletic Conference men’s basketball tournaments and the 2011 and 2014 Conference USA tournaments. It was also the host for NCAA Men’s Basketball Tournament first- and second-round games in 1981. In September 2008, Coach Don Haskins lay in state there for several days for students to honor him after dying of natural causes.

The Don Haskins Center was originally been built as an alternative to the Pan American Center in Las Cruces, New Mexico and today it is the dominant concert venue in the area. Where else, the Pan American Center has been used as the alternative venue since that arena was renovated in 2006. The concert capacity for both is nearly the same, as both hold up to 13,000 attendees per event. Don Haskins Center is also the regional stop for World Wrestling Entertainment when it visits the El Paso area.

Over the years, UTEP games have attracted more than 5.5 million fans in 34 seasons at the arena. The 11,892-seat arena has been sold out for UTEP basketball games 112 times.

Where else, Shakira currently holds the record of having the most shows in the arena as a female artist with six shows in total.

Furthermore, the Cure played a memorable gig on May 17, 2016, for about three hours with 5 encores and 5 songs they hadn’t played for at least nine years including “The Perfect Girl” which hadn’t been played since 1990.

For more information on the Don Haskins Center, please see the specific pages below.